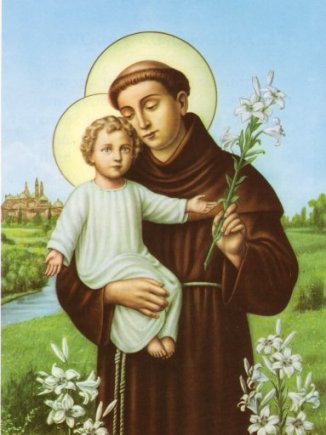 The Colombiana dragged me kicking and screaming into a new habit recently.

One that’s paying off in many ways.

Getting my ass outta bed at [7:00]AM is early for me… but that’s what she’s been doing.

Because she started going to 8AM Mass every day at the church a few miles down the road and decided her non-Catholic heathen husband should accompany her.

(Colombian women are some of the most persistent creatures ever to walk God’s green earth. Take my advice… don’t try to fight it. Just do what they want. It will pay off in ways I can’t share in mixed company.)

Getting an earlier start on the day, albeit reluctantly… and with lots of caffeine… has definitely helped my productivity. Even though I lose 30 minutes of my morning attending Mass.

I love the Catholics. They treat me nice. And they don’t seem to mind a non-Catholic heathen in their midst.

And it’s all good for me. I’ve learned soooo much. I always come home with lots of writing fodder.

Over the next few weeks I’ll be sharing some of those secrets I’ve discovered by observing these good Catholic folks.

This is POWERFUL stuff so stay tuned.

Oh, and promise me you’ll only use these secrets for good, never evil, OK?

I’m DEFINITELY not trying to cram any religious beliefs down your throat.

I agree with what Jesus said on that topic, if you care to know…

Anyhoo… I learned something interesting today. It actually sparked more questions than answers… but whatever. I’m still gonna share it.

You’re about go on another ride inside
the vortex of confusion and insanity that is my brain.

St. Anthony of Padua is one of the Catholic Church’s most popular saints.

Legends about Anthony abound. But let’s turn to the known facts about him.

Anthony was born in 1195 (13 years after St. Francis and 5 years before Cher) in Lisbon, Portugal. He was born to one of the prominent families of the city.

At the age of 15 he entered the religious order of St. Augustine.

Monastery life was hardly peaceful for young Anthony, nor conducive to prayer and study. You see, his old friends always came to visit with six-packs of beer and the girlie magazines of the day… which contained pencil drawings of women’s bare ankles <Gasp!>

(Yup. I’m unabashedly taking artistic liberties with the story of the Catholics’ most popular saint. So sue me.)

Anthony traveled tirelessly in both northern Italy and southern France. It was estimated he made as many as 400 trips, choosing to enter the cities where the heretics were strongest.

(The dude had a big brass pair, huh?)

And no first class seats and frequent flyer miles for this servant of God.

He rode everywhere on an ass.

My point here is that this dude worked tirelessly.

After cramming a LIFETIME of work in just a little under a decade, in poor health, he went to the General Chapter in Rome and asked to be relieved of his duties. The dude needed to rest. And he earned it, too.

But noooooo. The head honchos decided they could squeeze more out of the poor guy.

He was assigned to a special commission to manage important matters with the pope. I’m assuming it was crucial church stuff like deciding that the flock could only eat fish on Fridays… and scheming to cut the balls off of pre-pubescent boys with good singing voices.

I am NOT shitting you. Google “castrato” and prepare to be shocked.

“Mr. & Mrs. Smith… your 11 year old son has a BEAUTIFUL singing voice. Just lovely. We’d like him to sing in the church choir. Isn’t that great? Alrighty then. Now there’s just the small matter about his testicles. We’re gonna have to cut them off with a hacksaw, m-kay?”

Back to our story:

In Padua, Anthony preached his last and most famous Lenten sermons.

This dude was the rock star of his day, I’m telling’ ya. The crowds were so great–sometimes 30,000 or more–that the churches couldn’t hold them all. He had to preach in the “piazzas”… the open fields.

In MY imagination Anthony’s preaching style was similar to this:

But I COULD be wrong about that.

Anyhoo… the dude was frickin’ FAMOUS. People waited all night to hear him.

He even needed a bodyguard to protect him from the people armed with scissors who wanted to snip off a piece of his habit as a relic.

After his morning Mass and sermon, he would hear confessions. This sometimes lasted all day… as did his fasting.

Do you now see that the poor dude really DID work himself to death.

Having expended everything he had for the church and knowing his death was close, he wanted to return to Padua, the city he loved. But the journey weakened him so much he had to stop at Arcella. Sadly he had to bless Padua from a distance, as Francis had blessed Assisi.

He died in peace a short time after that.

He was only 36 at the time and had been a Franciscan for only 10 years!

If only I could accomplish 10% in my entire LIFE of what this guy did in 10 years, I’d die a happy camper.

Now wouldn’t ya think that after LITERALLY killing himself in the service of the Catholic church the dude would deserve to rest in eternity drinking wine and taking harp lessons?

But noooooooo. Even in death the Catholics still make this poor guy work his ass off.

They made him the patron saint of lost and stolen articles.

So instead of enjoying a well-deserved rest in heaven, millions of careless and forgetful Catholics call on this guy every minute of the day to help them find stupid shit they’ve misplaced and most likely don’t really need in the first place.

(I gave St. Anthony a LOT of help with that for about two years… and it was frickin’ EXHAUSTING.)

Well, there are a couple.

Point #1 is for the Catholics:

Why don’t you get organized and keep track of your OWN shit. Let St. Anthony rest, for the love of God!

About 80% of my readers have the OPPOSITE problem of St. Anthony.

When… WHEN, for God’s sake are you gonna break the connection of your ass to the couch and FINALLY make some forward movement to make those dreams you’ve been thinking about THINKING about for DECADES finally come true?

You don’t have to work yourself to death for 10 years like St. Anthony.

Sure, you may have to work like poor old St. Anthony for a few weeks or months (or on the rare occasion a year or so) but after that you can cut back to a more reasonable pace.

Then there are the 10% who have found their balance.

Good for you. Keep it up.

And finally, there’s the 10% who are trying to out-work St. Anthony.

Be careful if you’re in that group. (I was… for a while.)

St. Anthony was one of a kind. There are not many people who are able to keep up that pace for that long.

Maybe it’s time you re-evaluate and see if the price you’re paying is worth it. And what or who in your life is suffering because of it.

Hey, there’s a reason priests like St. Anthony aren’t allowed to marry. A pace like that will destroy a marriage and leave you with kids who will probably resent you the rest of your life.

Geez, now it sounds like I am the preacher.

It’s just that I sincerely care. That’s all.

Next post: The #1 Reason For Genocide… Explained In 11 Seconds

Previous post: How To Attract The Best Clients & Business Opportunities… And Fulfill Your Life’s Purpose!