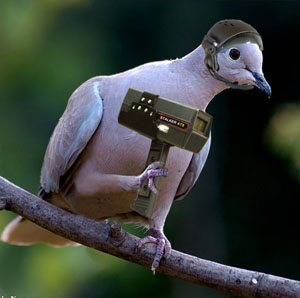 Yesterday I had a conversation with one of my insider “go to” guys.

He’s an expert with over 20 years experience helping thousands of clients profit from one of the little known traffic sources I reveal in my new report, Secret Traffic Sources Revealed, which you can get free from this site.

He was talking about how so many of his clients making an absolute killing online were getting shut down right and left by a plethora of state and federal “alphabet agencies.”

Not just getting warning letters mind you. Nope. They were subject to the full blown “you’re guilty until you spend 6 to 7 figures buying attorneys to prove your OWN innocence” treatment.

If you’re a rookie and haven’t been around this world long enough to know what that entails… or if you’re a naive Pollyanna who still foolishly believes that innocence is a good defense… here’s what that process entails:

One of the lowest pay grade bureaucrats at said alphabet agency skirts around that pesky old “due process” thang… the one you allegedly have by sovereign right, enumerated in the Constitution and thousands of years of Common Law before it… and sends a letter to your bank.

All banks in the U.S. are just little minions of the Federal Reserve, a privately held for-profit corporation owned by a handful of powerful families who have controlled the financial system since 1913. (Read the fine print on the stuff you signed when you opened your account.)

So… the banks have only one option. Do what their told… and to hell with your rights.

A simple form letter sent from the lowliest of lowly bureaucrats… no court order… no probable cause… no nothing… and the bank IMMEDIATELY rolls over and hands over every single cent in your account(s) to whichever alphabet agencies asks for it.

Yes, it’s that simple and easy.

It was a bit more difficult under RICO back when I was a cop. You actually had to follow that annoying due process clause and have judicial approval.

You’re never notified of this. You only find out about it when your checks start bouncing.

Oh yeah, by the way… your merchant account will also be frozen or shut down forever.

Due process, evidence, innocence, guilt… none of that matters. You’re out of business at the stroke of a pen.

More importantly, is this moral?

Don’t waste your time arguing or pontificating about the illegality and unfairness of it all. An entrepreneur operates in reality. Get used to it and don’t waste any more time running your business in some idealistic fantasy that doesn’t exist and has NEVER existed. (In this world, at least.)

And whatever you do, don’t waste any money buying an attorney with the hope of getting your money back. They NEVER give it back.

(Listen… this ain’t some tin foil hat-wearing conspiracy theorist talking here. I’m a guy who witnessed – and sadly even participated in – this mafia confiscation process when I was a dumb 20-something working in regional law enforcement task forces… and wasn’t awake yet.)

My former partner and best friend went into the speaking business when he  left the P.D.  After a very successful year, a 6-figure amount of cashola was stolen from his account with the “screw due process” method we’ve been talking about. Five years, two ulcers, one heart attack and 6-figures in attorney fees later, the top muckety muck of the region for the most hated alphabet agency in history told him…

“Yes, Mr. Holaday, you’re absolutely right. We we wrong. You did nothing wrong and are completely exonerated.”

What came next was completely unexpected:

In answer to your most pressing question… No, we’re not giving your money back. And no I will not give an explanation. I invite you to leave our office now. Any further questions and I will call security to escort you out.”

I personally know 24 other people who have experienced the same damn thing. That’s like one person a year for every year I’ve been alive! <wink, wink!>

If you care to even take a cursory look into my claims you’ll discover that this happens all the frickin’ time to innocent people.

Thousand of them a year.

So don’t you DARE call me paranoid. I’m not paranoid… I have the facts. You just choose to remain ignorant about the facts.

I mean, it’s pretty damn simple. In fact, you already learned this back when you were a kid. If you leave your brand new shiny bike out in the front yard, you’re pretty much inviting someone to steal it.

But THAT is a topic I only share with the handful of awake folks.

Getting on the radar usually only happens for a handful of reasons, none of them being illegal activity or anything even remotely resembling bad intent. (I’ll go over those reasons in a future blog post.)

And once you’re on the radar you’re probably going down.

It’s Now Impossible To NOT Do Something Wrong!

Just as predicted in Atlas Shrugged over 60 years ago, EVERYTHING is illegal now.

Counting all the local, state or federal laws, the minute your feet hit the floor this morning you unknowingly committed three felonies.

Just for today, swear me in as a federal prosecutor and I can have you found guilty of federal perjury in 10 minutes… or less. If you really piss me off I’ll work a tiny bit harder and tack on another couple felonies in the remaining 20 minutes we have left to hear your case.

Yeah, it really is that easy. If you don’t believe me then you’ve never been to court.

Don’t Get On Their Radar In The First Place!

Here’s how people used to get on the radar:

Boom! They just got themselves on the radar.

The very second that commercial aired some alphabet agency trolling for easy marks started looking at them under a microscope. If they had enough assets to make it worthwhile, the alphabet agency starts the administrative process to steal their money.

See, they have people assigned to watch TV trolling for DRTV advertisers they can go after… cuz again, they have now made it impossible to be compliant with the massive volume of laws they’ve created.

But… over the past few years a change has been made. Not a lot of manpower is assigned to trolling TV anymore. The barrier to entry in DRTV is cost prohibitive for most direct response companies so it ain’t a good fishing hole anymore.

Guess where a majority of their manpower has been assigned to troll?

You no longer have to be a whale in DRTV to become a target as in years past. The Internet has leveled the playing field. Even little minnows marketing online can be the target of the alphabet agencies.

So guess what a handful of intelligent online marketers are doing? They’re going…

That way they’re under MUCH less scrutiny. And… because most online marketers are completely ignorant about how to do it properly… there’s significantly less competition… even in highly competitive niches.

I’ve become an expert in one particular media that, in 20 years, I’ve only seen a handful of people flop in. By “flop” I mean the ad bombed and they lost most of the money they invested in testing. (And a solid test only runs around $2,000.)

Yeah, you heard me right. In 20 years and hundreds of campaigns, the WORST case scenario I’ve seen in this media is breaking even. And “breaking even” means you just discovered a way to get…

Hundreds of Thousands Of Customers For FREE!

And… you also have the serendipity of being able to roll out… and roll out REALLY big (and really fast) while remaining under the radar.

So how come nobody ever talks about this in the IM world?

Of course, I am sharing it. Check out the amazing before & after case studies in my Secret Traffic Sources Revealed report. (Not sure how that could have slipped past your attention. It’s plastered all over this website.)

Am I worried that letting one of my little secrets out will create competition?

It’s so different than what most online marketers know, they’re gonna drown trying to navigate those waters solo.

Don’t get me wrong… I LOVE online marketing. I’ve made/am making a small fortune with it.

But I’m not myopic. I love ALL media. As long as it makes me money.

If I could advertise on yogurt lids and get that to make money I’d do it. (Wink, wink Brian Kurtz.)

Crazy thought but maybe… just maybe… if you want to enrich your personal coffers by quickly grabbing some low hanging fruit… and advertise in a few places where you’re not constantly on the radar… you should explore this idea.

I’ve never had anybody regret it.

It’s good to be back.